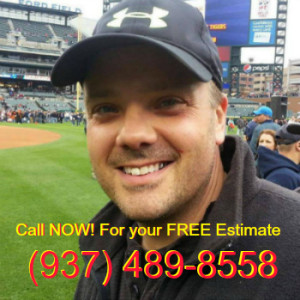 HOW TO ROOF in Sidney

Sidney Re Roofing, Re Roofing in Sidney, Sidney Roofing Companies,

Home Improvement Services in Sidney include:

Located in the beautiful Mid-West Ohio.
Sidney Ohio is the home of the Big Four Bridge,
the Spot Restaurant, And the scenic Tawawa Park.

The Big Four Bridge is an area land mark,
that has many tales about its construction.
The man and his donkey that are still buried inside the concrete pillars.
The Rail-Road bridge can be seen for miles away because of its tremendous size.

The Spot Restaurant  Is known for their AMAZING pies
and the GEORGE BUSH burger.
The Spot sits at the corner of South Ohio Ave. & Court St.
President BUSH graced the restaurant with his presence on Aug 28 2004.

President G.W. Bush came through Sidney
on a train for his presidential campaign and had lunch at the Spot.
He ordered a special burger and it is now a main feature on the menu.

Tawawa park is  best maintained and beautiful parks in Ohio.
The park holds Three ponds that are naturally fed by a nearby creek.
All the water is open to public fishing fun.
It holds many shelters for family cook outs.
There are over six play areas, filled with toys for the kids
and a full size regulation baseball field.

The park is drive-able during summer hours and has over 7 miles of walking trail
. The trails are very well maintained with some being black topped.
The park also contains a wide variety of wild life.

Sidney has also has a lot of scenic areas, historical buildings, and Two castles.
There are lots of things to do and see in Shelby county. Its time to explore Ohio.

We are Contractors in Sidney Ohio 45365

Until now no comments